Hello! Welcome to my website! My given name was John but my precious rats have renamed me Dominique. I have been living here in my cozy basement for many years. How long? I do not know! I climbed down here in 2005, and while I have cut out all contact from the outside world (because they are inserting lizard genes into people’s brains), I believe it has been about thirty years! I do get awfully bored…….just kidding! My rats bring me candy and sunday funnies!

But! Everyone needs a little intellectual stimulation! A few months...or years...ago my rats brought me quite an interesting read. The Universe Within by Neil Shubin…

It was published in 2013, which was at least fifteen years ago. (I only use my computer for necessities, and have tried to avoid looking using public wi-fi at all costs!) I have been analyzing it since, and I have noticed many interesting themes! I have pages tied all over my basements walls, tying it up with my rats shedded hairs. I weave them into the prettiest ropes!

Before I move onto the themes….I feel like I should give my rats some credit! 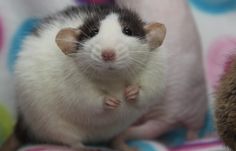 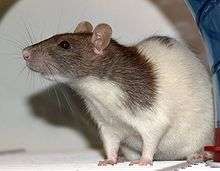 Here’s Jonathan, he keeps to himself but is very interesting once you get to know him. 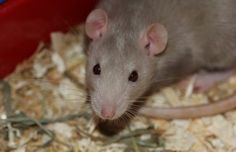 And here’s Kathy, she really gets around!

Now we will move on! The Universe Within is a book that deals with many complex concepts….such as rocks...and the universe! But for humans to reach this state of knowledge and understanding…..they needed to research the things! Since the beginning of human history, people have had a fascination with humanity and the stars above. But...they did not know they were related!

This book travels the distance from the infamous “big bang” to complex life on earth today. It explains how the solar system formed, then earth, then life, then evolution into more complex organisms….all of the way up until today! Even your kneecaps were created by the universe and its ways!

“You don’t own your body. You are just renting it.” This is a quote from some point in the book…..after lots of searching...I still could not find the location of this quote!

No matter if I really read it or if I just dreamt that I did so, it has really resonated with me and really matches the feel of the book. For now, I use this vessel to share my insight with the world. After I go, I hope that my rats make me a shrine. Then I can share my knowledge in the afterlife!

Let's get down to Business!

Scientific and technical innovation! The driving force of human progress! It is what gave me the electric fans of my basement...the Dell Dimension XPS H266 that I am writing this on...even my domesticated rats who bring me “Sour Patch Kids!”

This book discusses many of these technological advancements...such as the research of the stars! The Harvard Computers were a group of women in the 19th century who mapped the first stars. This laid down the blueprints for future research.

But where did they all come from? Penzias and Wilson, two researchers of space, who had set out to discover the source of the universe as we know it, were successful in their efforts. After meticulous searching, they picked up a signal of the infamous big bang.

Then came the effort to study the bodies of rock surrounding earth. The rest of the planets in the solar system! One was particularly intriguing….Venus! Why? Because it is similar in size and distance to the sun in comparison to Earth. So it should be similar? Wrong! Venus is roughly 900 degrees fahrenheit! Yeowch! But, after more and more missions were sent to this planetary wasteland, it was discovered that Venus, much like earth, has rocks, thunder, lightning, even dirt similar to our own!

However, there is one major difference between our planet and others in our solar system. We have life and they do not. Scientists are fascinated by life! They have researched microscopic life and macroscopic life. They have studied organisms’ exterior and interior. But the most fascinating thing about life is even more microscopic than the most microscopic organism! DNA!

One study done by scientists is incredibly relevant to my life. The study of life’s biological clock! Unless organisms have a mutation in their DNA, then they should be able to keep time internally, knowing when to sleep and when to wake, even if they are in a dark, damp basement, and have not seen the light of day for decades (me)! This is because of the way organisms keep time. They have a protein (proteins are synthesized using DNA as instructions) that tells this time, and, if their DNA is mutated, then this protein may not be produced.

Then more discoveries came. Pangaea. Evolution. Global Warming. Remarkable ingenuity was required to reach these checkpoints in the world of progress. Sure there were setbacks. Just like there are setbacks to being a hermit in a basement where your only friends are rats! But once you learn to adapt, it’s all smooth sailing from there baby!

After analyzing this book for an unknown amount of time, I think that it is safe to say that I learned a lot. But, not in the sense that many might have after reading a book about science. I feel as if I have learned something deeper. A truth of humanity that is one difficult to find in books as factual as these. This is the concept of curiosity. Humans, throughout history, have never been able to give up when searching for an answer. Even if they reach one, it almost always uncovers a quest for another, which sends the next generation hunting for more clues. While this may sound like an infinite cycle of frustration, at least in my opinion, it is the most beautiful concept of all.

If it weren't for "curiosity," then life for us would be a lot different. For starters, teachers would have a lot more days off. This is because there wouldn't be anything to teach! If humans didn't have a non-stop urge to discover, then we would still be living in caves and eating wild berries. Oh how I miss wild berries! Human innovation has given us options other than wild berries! We can now go to the supermarket and find whatever food we want. The options are endless (unless you are a cannibal :/)! Why do we have this privelege? Because of our ancestors! If our grandparents hadn't invented farming, then civilization, and then transportation, we would all have to eat back